The Future of Vehicles Is Autonomous

The automotive industry has undergone a tectonic shift in recent years. Traditional automotive manufacturers have had to rethink consumer wants and needs. Expectations around features and mobility are higher than ever before driven by rapid technological development in the consumer electronics market. Autonomous driving pioneered by companies like Tesla has created a consumer need for advanced driver-assistance systems that are now becoming the norm.

There is currently no way to apply a date to when self-driving cars will take over, the automation of a vehicle is not a single device or technology, though the advancements made in the last five years have made it inevitable.

Autonomous features as a vehicle standard can now be found more than ever. New vehicles will often include features such as adaptive cruise control, automatic emergency braking, parking assistance and collision warning system. Recent figures published by The Society of Motor Manufacturers and Traders detail this new standard. Over 1.8m new cars sold in the UK were fitted with a collision warning system with nearly 7 in 10 new cars being available with driver assistance systems.

The table below details the lastest semi-autonomous features fitted to new cars sold in the UK.

Experts at the Society of Automotive Engineers have created five levels to define autonomous driving functions. Each level describes the extent to which a car takes over the tasks and responsibilities of its driver and how the car and driver interact.

Driver Assistance: The systems support the driver but do not take control. Currently, the available systems include cruise control, stop-start and collision and pedestrian warning.

Partly Automated Driving: Systems such as steering and lane control assistant can take control of the vehicle but the driver must remain alert and fully responsible for the operation of the vehicle.

Highly Automated Driving: Cars will have conditional automation systems that will allow them to drive autonomously over long distances in certain traffic situations, such as on motorways. The driver, however, must be able to take over control within a few seconds such as at road construction sites.

Fully Automated Driving: The technology at this level is considered to be fully autonomous driving although a human driver can still request control and the car still has a cockpit.

Full Automation: Unlike the previous levels where human input is required or can be requested, level five doesn’t require the driver to be fit to drive and the car performs all the necessary driving tasks with no need for a driver cockpit.

Analysing the potential benefits of autonomous vehicles within company fleets, it is clear that there are areas where automated technology can replace or enhance the existing driving experience. Automated vehicles could be used to replace corporate fleets for deliveries or transporting goods and delivers routes can be automated and optimised with driverless vehicles delivering outwith the constraints of working hours. The embracement of autonomous technology within commercial vehicles has definitely been slower and it currently looks unlikely that driverless trucks will be employed on public infrastructure in the foreseeable future.

Unlike commercial vehicles manufacturers, Nissan, Mercedes-Benz, Tesla and Google are all aiming to have fully-autonomous cars on the road by 2020. This could open up a range of possible benefits for fleets.

Company fleets spend a lot of the time on the road. Either driving to sales visits or going to customer installs a company must rely on its drivers to ensure the safety of the vehicles and others around it.  Research has shown that on average 20% of the fleet vehicles are involved in accidents each year and industry experts estimate that human error causes 90% of them. The implementation of autonomous technology could help this with features such as automatic braking or collision warning counteracting ‘injudicious action’, ‘impairment or distraction’ and ‘behaviour or inexperience’.

Although it’s currently hard to isolate the effect of autonomous technology in accidents recent research is encouraging. Data provided by the Department for Transport show that the number of accidents were ‘driver error or reaction’ was recorded as a contributory factor fell by 15% between 2014 and 2016.

There is no doubt that the widespread adoption of autonomous vehicles will have an impact on the automobile insurance industry. New age insurance companies such as Root are already offering cheaper rates for Tesla drivers with auto-pilot. Other companies are also offering premium reductions for vehicles with semi-autonomous features such as automatic braking.

The established ways of determining risk will increasingly become obsolete as autonomous technology moves through the stages. The question will arise about where the insurance risk lies for fully autonomous vehicles. Driver risk may transfer to the automotive manufacturer as it is most likely that any accidents involving self-driving vehicles would be due to an issue with the software so could, therefore, be covered under the manufacturer’s product liability policy. One issue, if this approach were taken, would be the creation of larger aggregation risk. Software failures or indeed software hacks could cause a considerable number of vehicles to malfunction simultaneously and result in a large claim resulting from a single event.

The UK’s Department for Transport has announced plans to press ahead with proposals to develop a single insurer model for autonomous vehicles with insurers covering both the driver and the vehicle when it is in fully autonomous mode.

At the current level of vehicle automation, there is no ability to multi-task. This will, however, change as vehicles adopt advanced levels that only require the driver to monitor the drive to make sure it goes smoothly. Drivers of autonomous vehicles may not have to give their full, constant attention to driving vehicles and can shift their focus to other fleet-related tasks such as paperwork and workers could also gain productive hours in the day by working instead of driving during daily commutes.

Fleet vehicles may be able to travel for longer periods of time as control is not subject to driver fatigue.  Although there are yet to be policies or regulations surrounding this issue it’s possible there will be extended allowable driving time for each driver.

The government has recently commissioned a detailed three-year review of the driving laws in relation to autonomous vehicles to ensure the UK remains one of the best places in the world to develop, test and drive self-driving vehicles. The review will examine how current driving laws – designed with traditional motoring in mind – can support the next generation of vehicles. Key aspects will be adjusting traditional laws to reflect the fact self-driving vehicles of the future will not have a ‘driver’ or perhaps even a ‘steering wheel’ like traditional cars and re-consideration of some of the criminal offences involved. 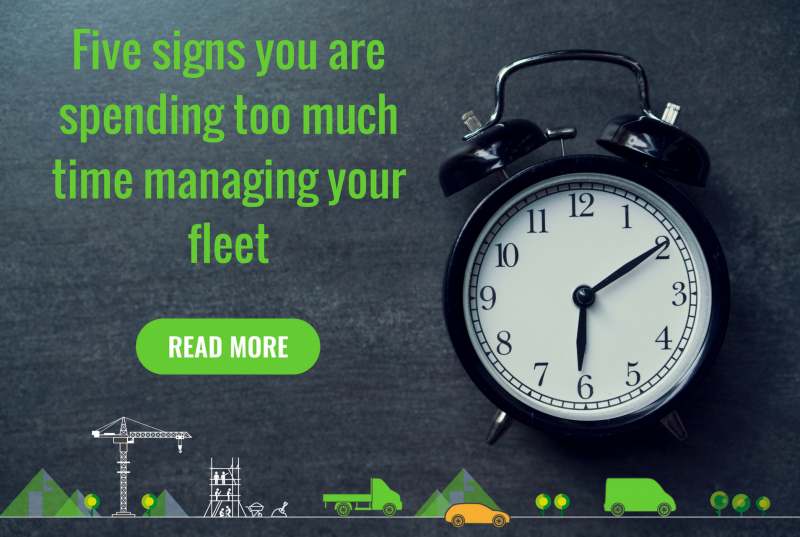